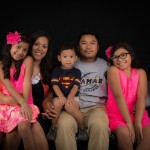 Coach Soeun is entering his 5th season at Lamar High School. While at Lamar, his teams have
made the State Playoffs three consecutive years. They were Bi-District Champions in 2014. The
program in continuing to grow more and more each year. He is excited about the upcoming
season, and hopes to continue to build the program.
Coach Soeun and his wife, Marissa, have three wonderful children. Jocelyn – 7th Grader, Madelyn – 5th
Grader and Caiden – Kindergartener. They are excited to be a part of the Lamar
community, and will keep pushing forward to make Lamar, and the soccer program the best they
can be. 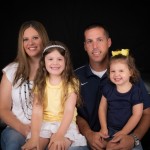 Coach Wilkinson enters his 7th season at Lamar High School. During his time at Lamar he has
served as the varsity receivers coach, Offensive Coordinator (2013 & 2014 seasons) and the JV 1 &
JV2 soccer coach. He previously spent 3 years at Arlington Sam Houston serving as the receiver’s
coach and was the Offensive Coordinator his last year with the Texans.
Prior to that, he was the receiver’s coach at Bay City High School & the JV Boys’ Soccer coach. He
attended Sam Houston State University receiving a B.S in Kinesiology/Education, and was an
undergraduate assistant coach with the Bearkats, working with the quarterbacks and receivers.
He and his wife, Mandee, are the proud parents of two daughters: Haylee and Kaydee 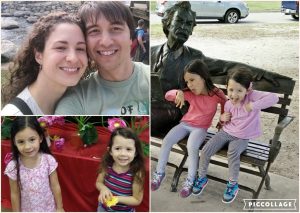 Coach Teague is in his 6th year at Lamar High School and first year as the JV2 soccer coach. He teaches mathematics and is currently coaching the district winning UIL Number Sense team and sponsors the Mind Benders Club.
He is excited to be part of the Lamar soccer program and hopes to contribute to Lamar’s winning culture.  Coach Teague graduated from Sam Houston State University with a Bachelor’s of Science in Mathematics.
He and his wife, Alex, are the proud parents of Alyssa and Maya Teague. 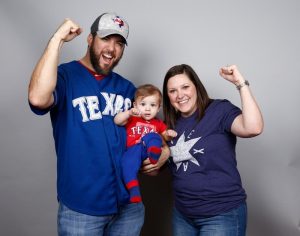 Coach Eastepp is in his 5th year at Lamar High School and first year as the JV3 soccer coach. He teaches U.S. History and the Theory of Knowledge IB course.  He is also in his 5th year as the Academic Quiz League Sponsor, with his team winning the Championship in 2016.

He has been affiliated with the Lamar soccer organization throughout his tenure at Lamar, working with both the boys and girls teams in particular focusing on developing the goalkeepers.   Having played at the collegiate level, Mr. Eastepp is excited to be part of the Lamar soccer program and looks forward to passing on his knowledge and love of the game to his players. He also hopes to contribute to the winning culture Coach Seoune has created at Lamar.

Coach Eastepp graduated from The High School of Medical Professions at North Side, and played soccer for Texas Wesleyan University in Fort Worth.  He holds a BA in History at the University of Texas at Arlington.

He and his wife, Kaylan, are the proud parents of Bryson Thomas Eastepp.